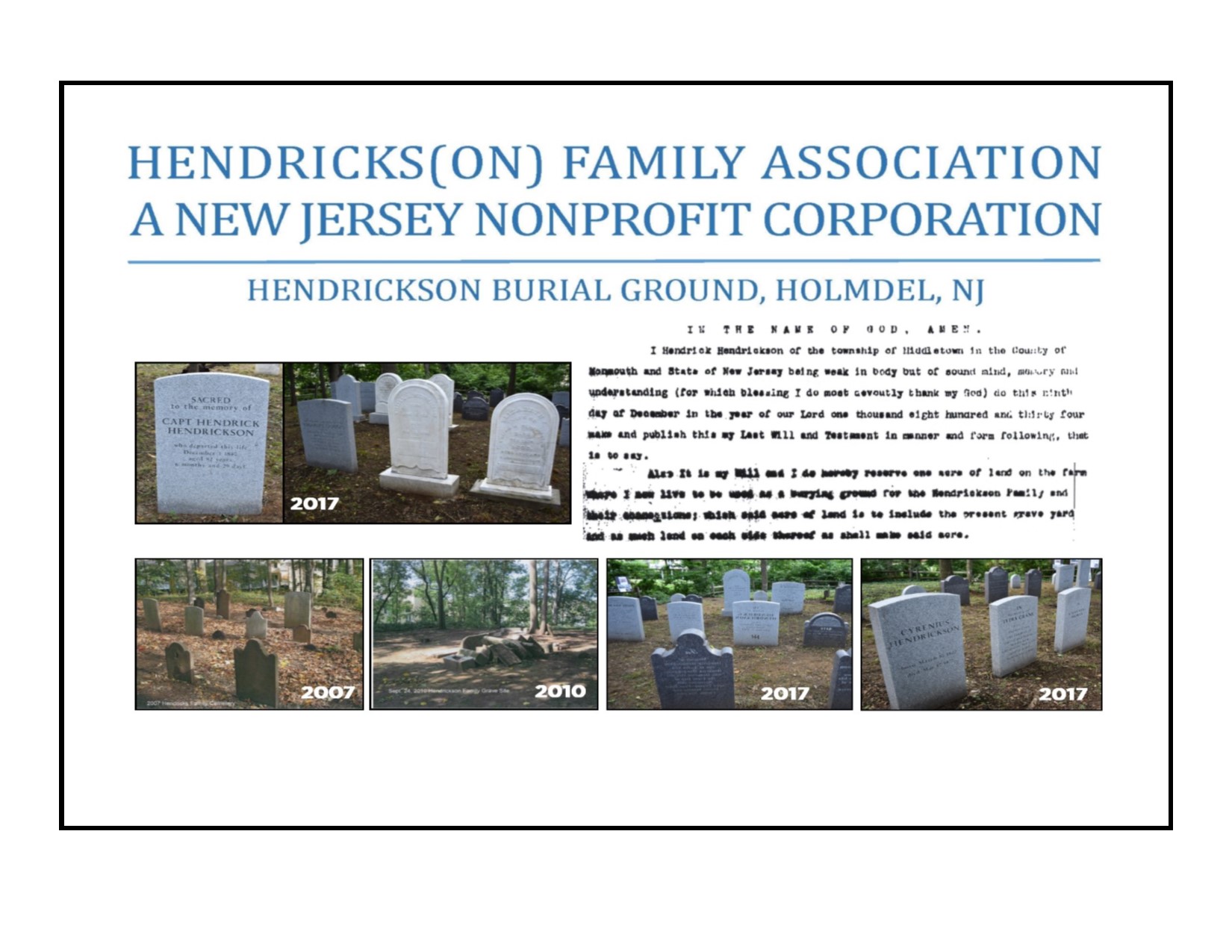 The Hendricksons were original pioneers to Holmdel, Monmouth County, as early as the 1690s. From generation to generation, they passed their land to their children, farming hundreds of acres, including where the Beau Ridge Development now stands. From generation to generation, they buried their loved ones in times of sorrow in this sacred ground, and marked the interments with monuments. The name of this cemetery is the Hendrickson Burial Ground. It is shown on a Holmdel Township tax map as a separate 1-acre cemetery, Block 50.13, Lot 3.01. 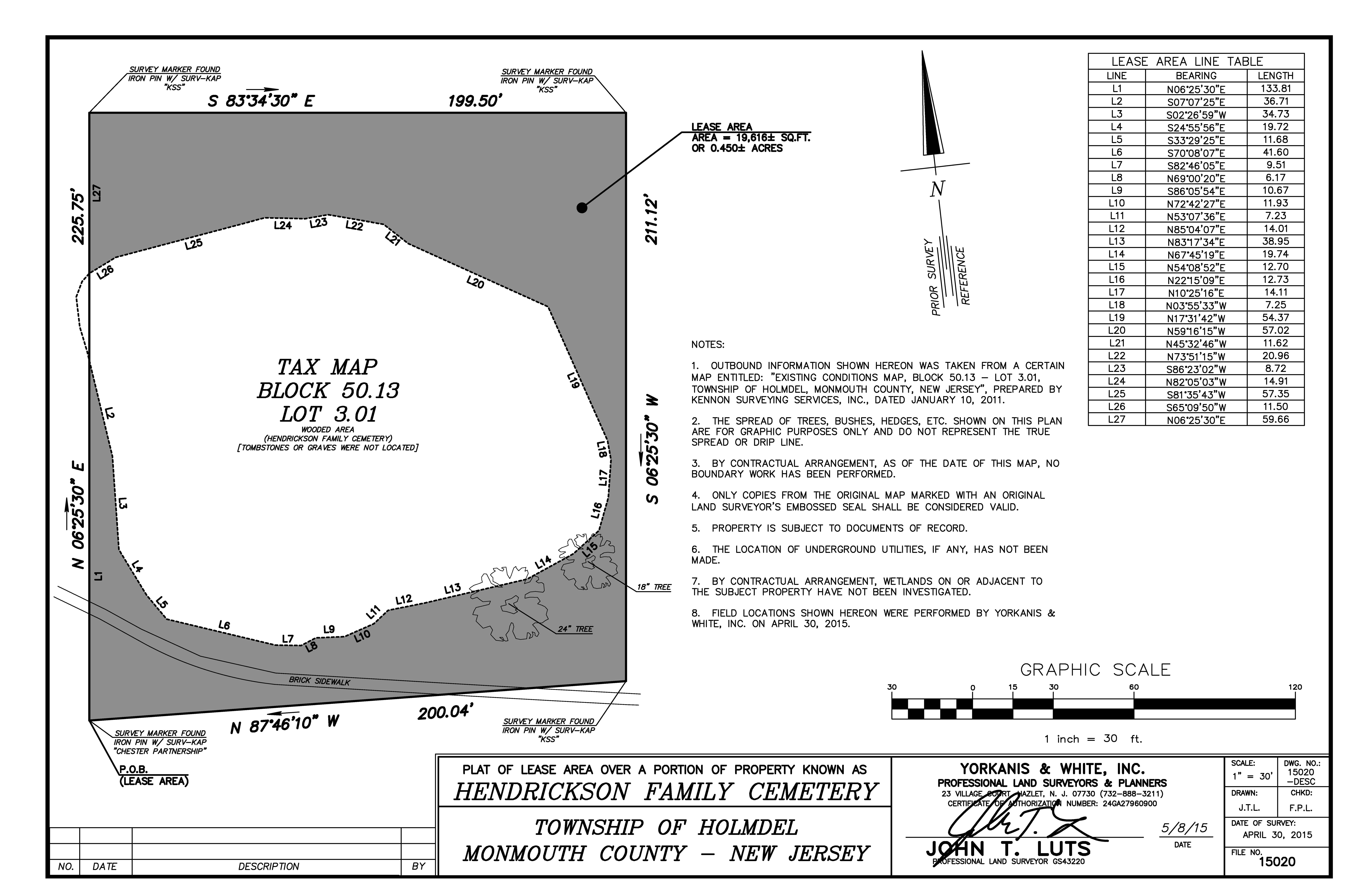 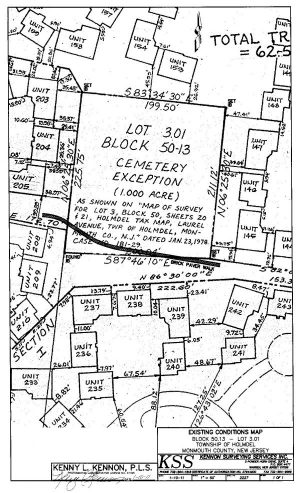 In his Last Will & Testament, written December 9, 1834, Hendrick Hendrickson of Holmdel wrote: “I do hereby reserve 1 acre of land on the farm where I now live, to be used as a burying ground for the Hendrickson family and their connections, which said graveyard is to include the present graveyard and as much land on each side of it as shall make an acre.” 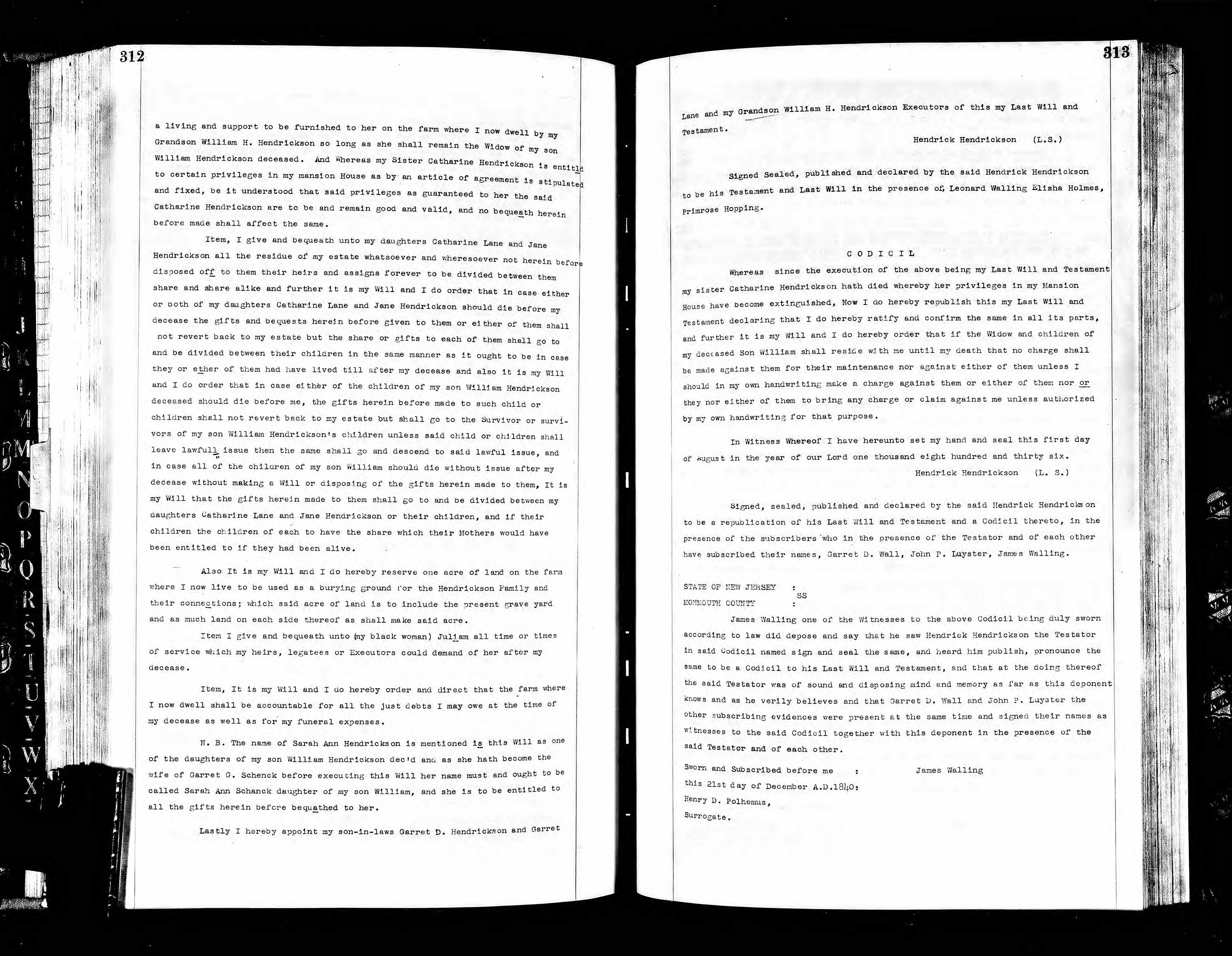 The only children known to be buried on the farm of the original settler, Daniel Hendrickson, were two sons, Hendrick (1700–1753), and Daniel (1723-1788). Hendricks’s is the oldest surviving headstone in the burial ground and he has two sons buried here. The inscription for Daniel, who was buried next to his brother, Hendrick, identifies Daniel as Daniel, Senior. The farm was passed from the original owner, Daniel, to this Daniel, Senior, and then to his son, Hendrick, who is identified on his headstone as Captain Hendrick Hendrickson. Captain Hendrickson deeded the farm in 1834 to his grandson, William H., because his son died prior to the Captain’s death. Captain Hendrickson designated one acre to be reserved as a burial ground. 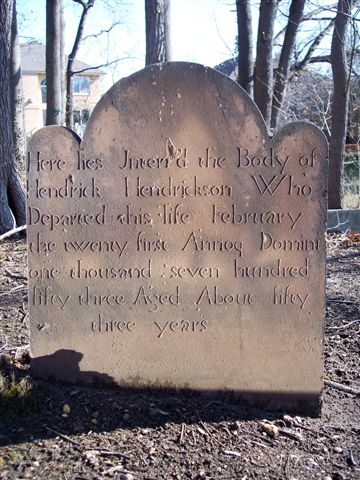 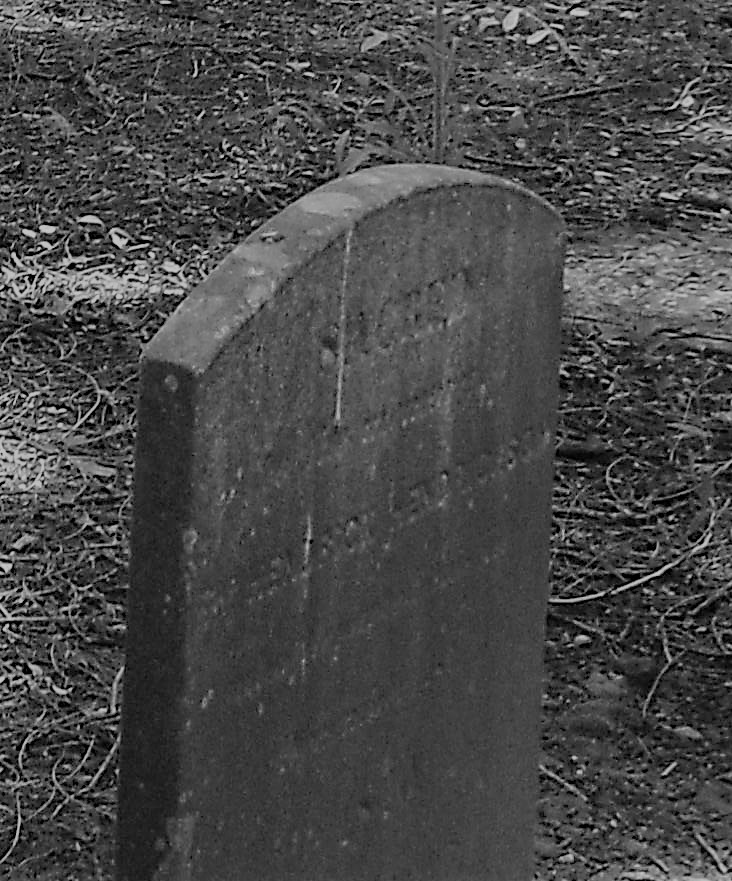 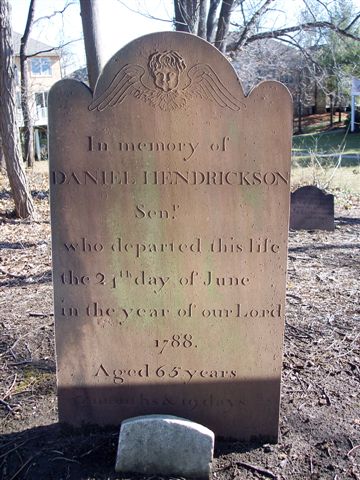 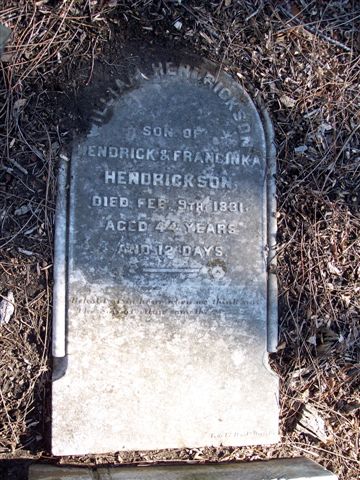 Great grandson, Henry Hendrickson, is the last burial in 1950. 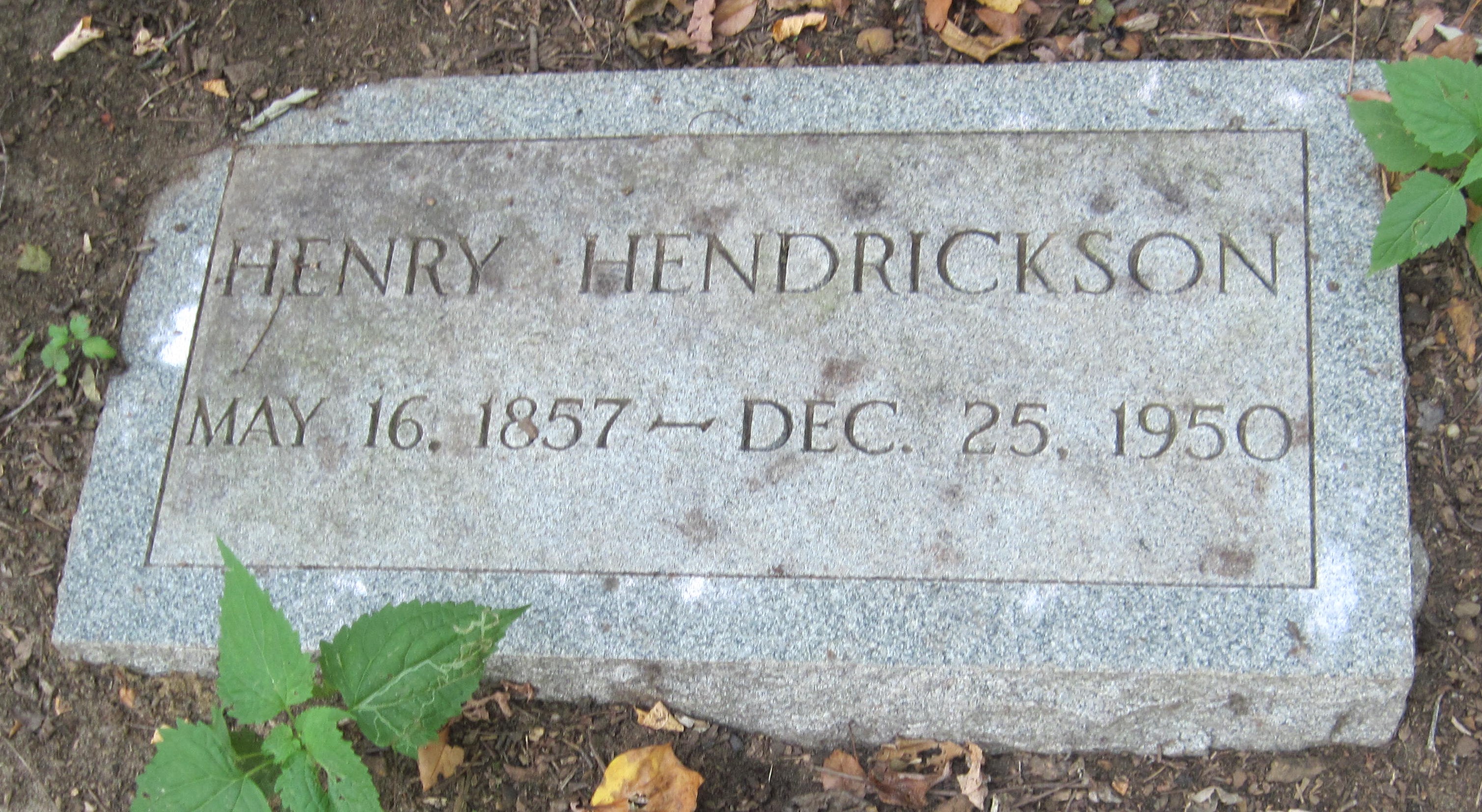 The grave of William H. Hendrickson (1813-1899), who served three terms in the New Jersey Senate, has a prominent marker. 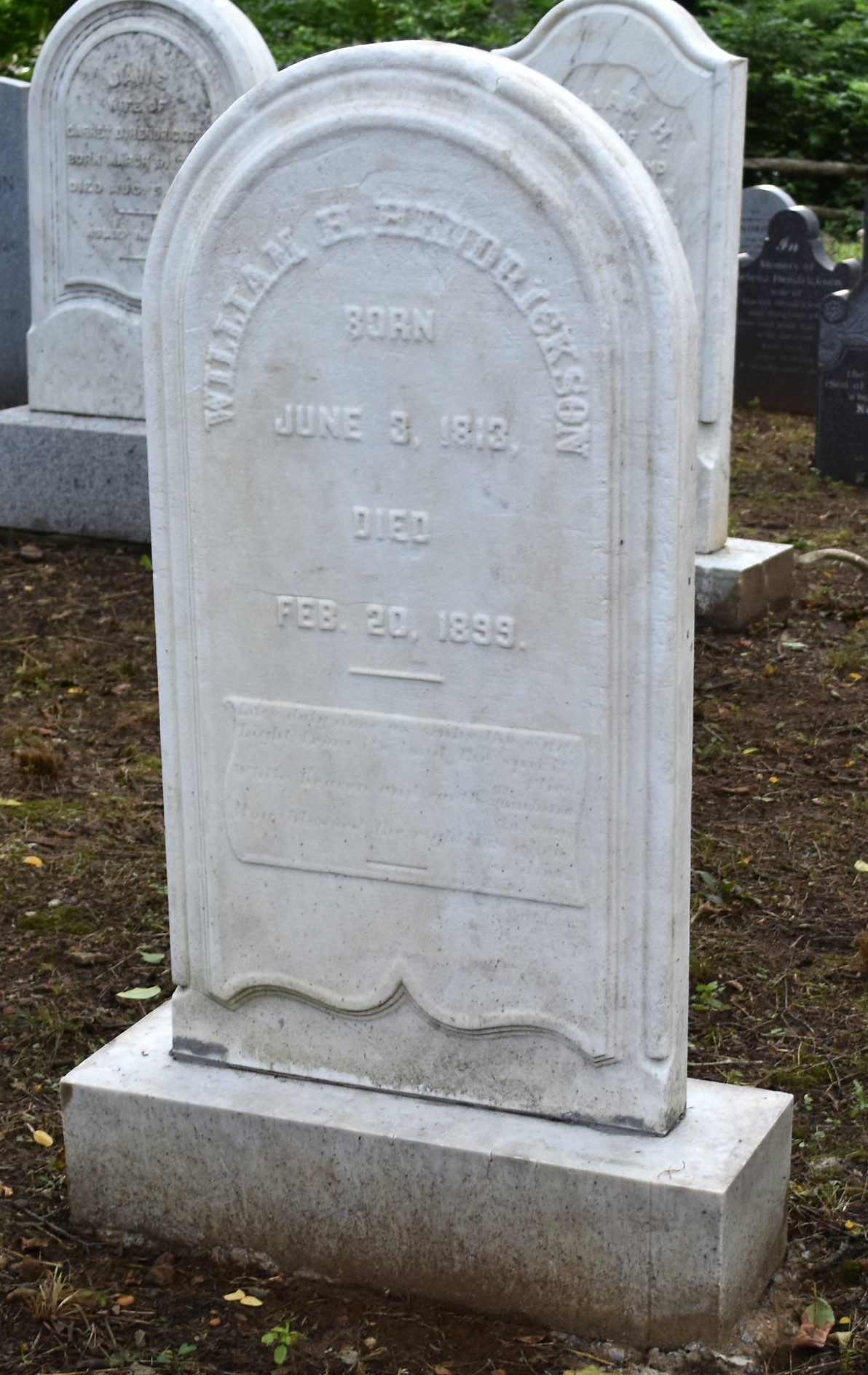 These are the markers of the original owners of the Holmes-Hendrickson House (Garret Hendrickson). 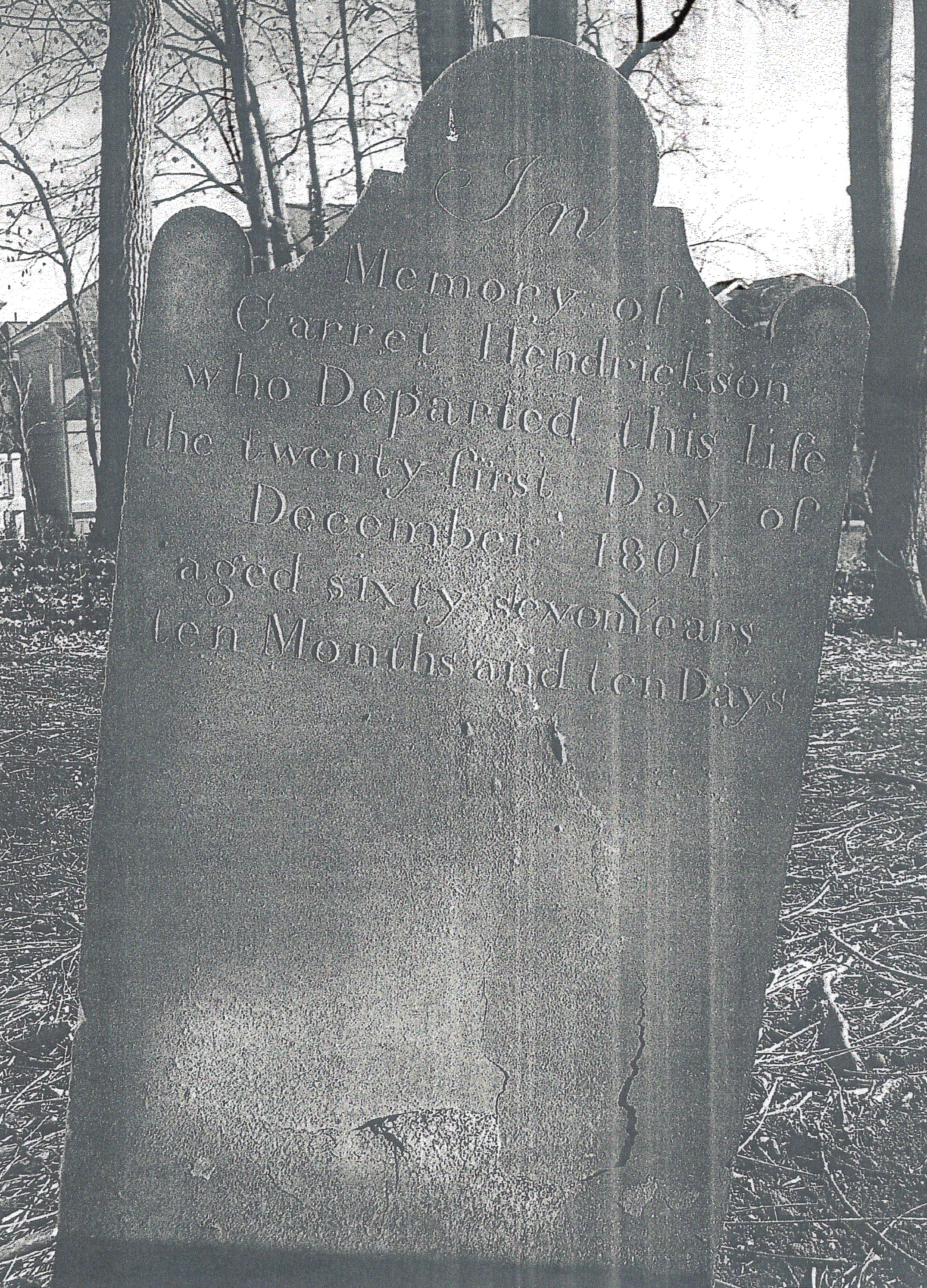 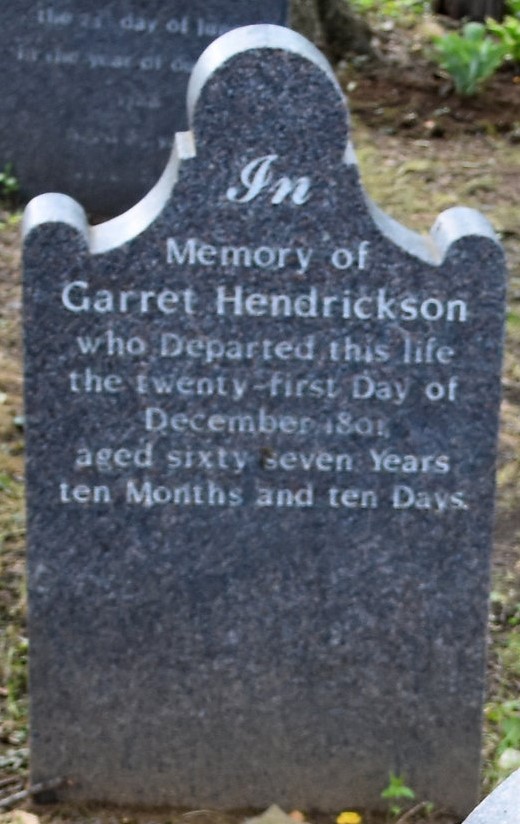 These are the markers of the Hendrickson daughter who was the original owner of the Longstreet Farm (Eleanor Hendrickson Longstreet). 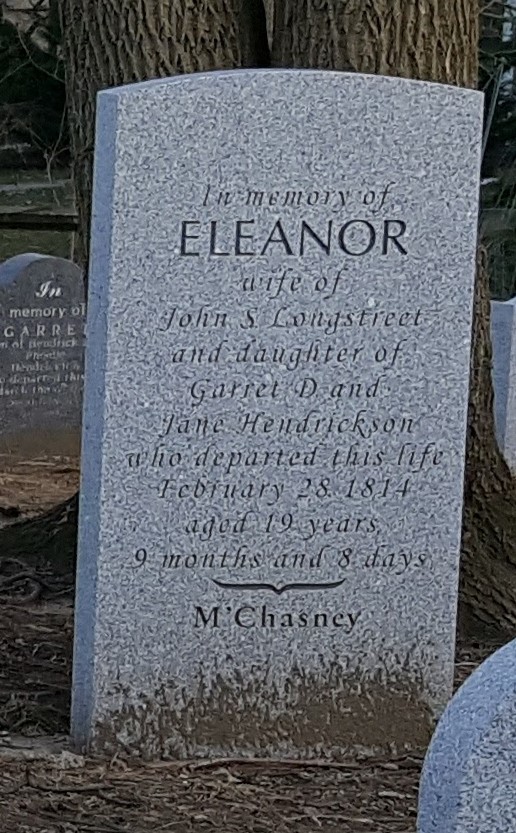