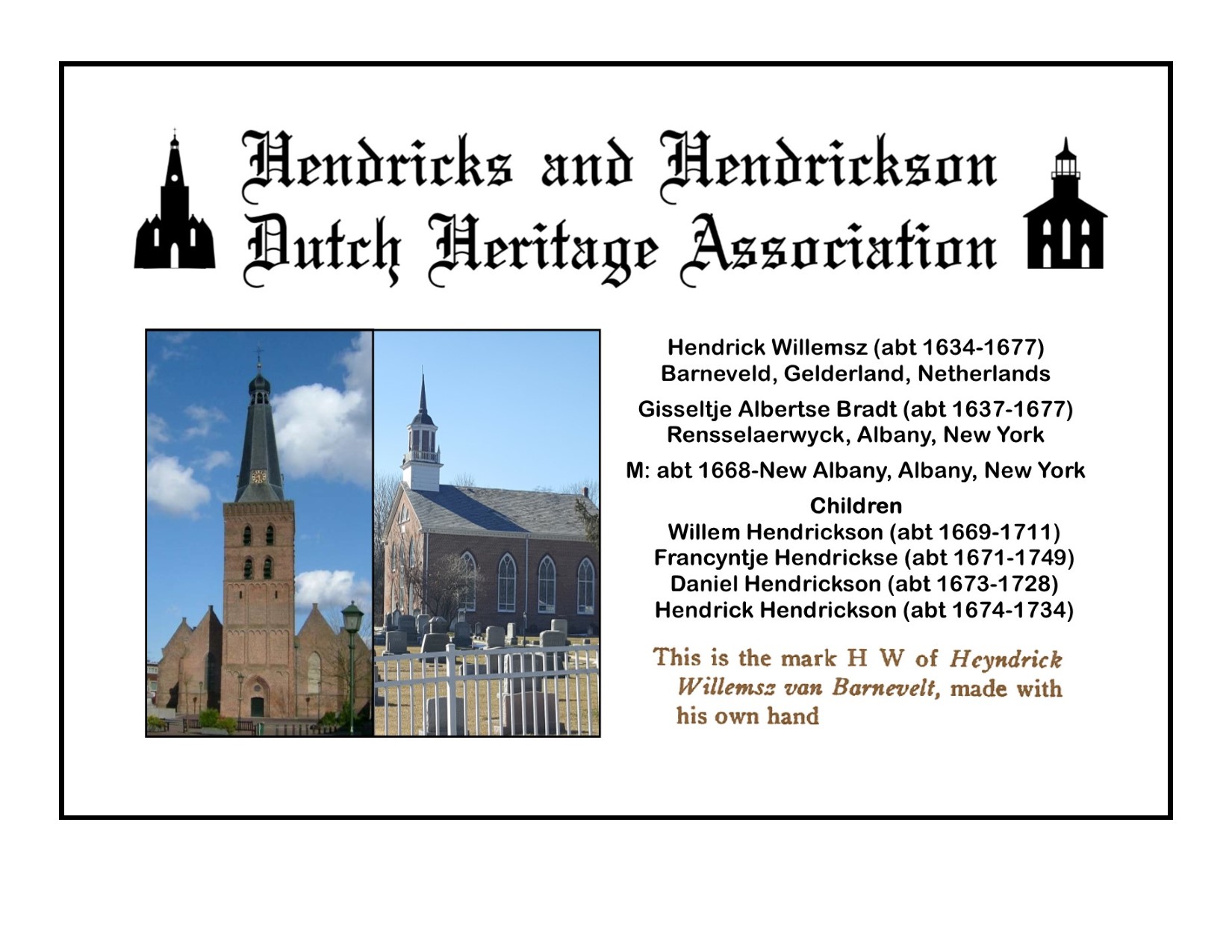 History of the Hendrickson Family

The earliest public record for Daniel is in a deed dated 22 Sep 1692 when he and John Gibbonson “of Flatbush, Kings County, Long Island, New York,” signed an agreement to lease to buy a 104 acre tract of land names Strawberry Field in Monmouth County, New Jersey for £25 per year from William Whitlock of Middletown, New Jersey until 10 March 1697 when they would assume ownership of the land (MCLD C:78). This parcel of land was situated on Strawberry Hill near the corner of Holland Road and Laurel Avenue in Middletown on Mahoras Brook. After Daniel married Trynetje/Catherine van Dyke (daughter of Jan Janse van Dyke and Tuenetje Tyssen Lanen van Pelt) about 1695, he built a house on the land which was enlarged and remodeled several times by Daniel’s descendants. The house remained in the Hendrickson Family until 1927 and was still standing in 1999 at the time of the Hendrickson family reunion.

About 1692, Willem, Daniel’s older brother, and later Hendrick, the younger brother, settled in Monmouth County also, where they owned farms and raised large families close to Daniel. Willem operated a grist mill on the nearby Mahoras Brook and Hendrick purchased property south of Daniel’s farm where the Holmdel Park is now located.

The three brothers and their descendants were prominent citizens of Monmouth County who gave extraordinary service to the township, county, and state of New Jersey.

In 1699, Willem and Daniel with their wives were named as founding members of the Church of the Navesink, the present-day Old Brick Reformed Church in Bradevelt, Marlboro Township, New Jersey. Church records list baptisms, marriages, and deaths of many of the family members of the Hendrickson family and many cousins and relatives are buried in the church yard. 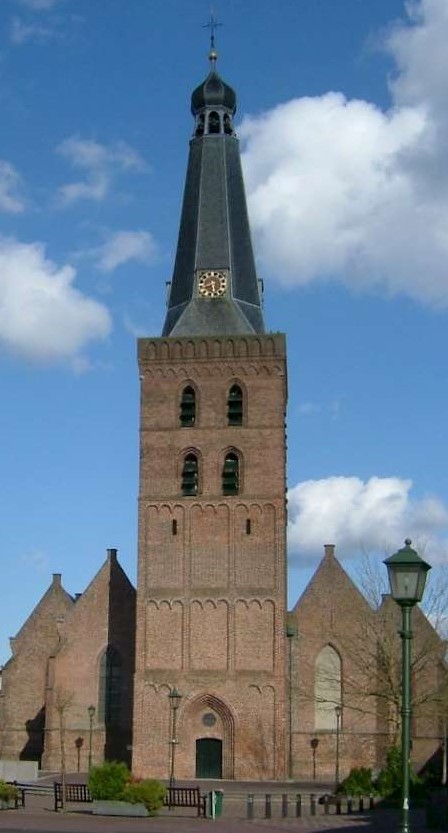 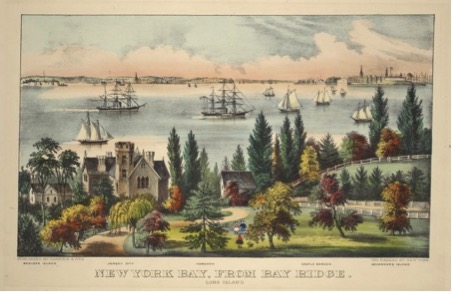 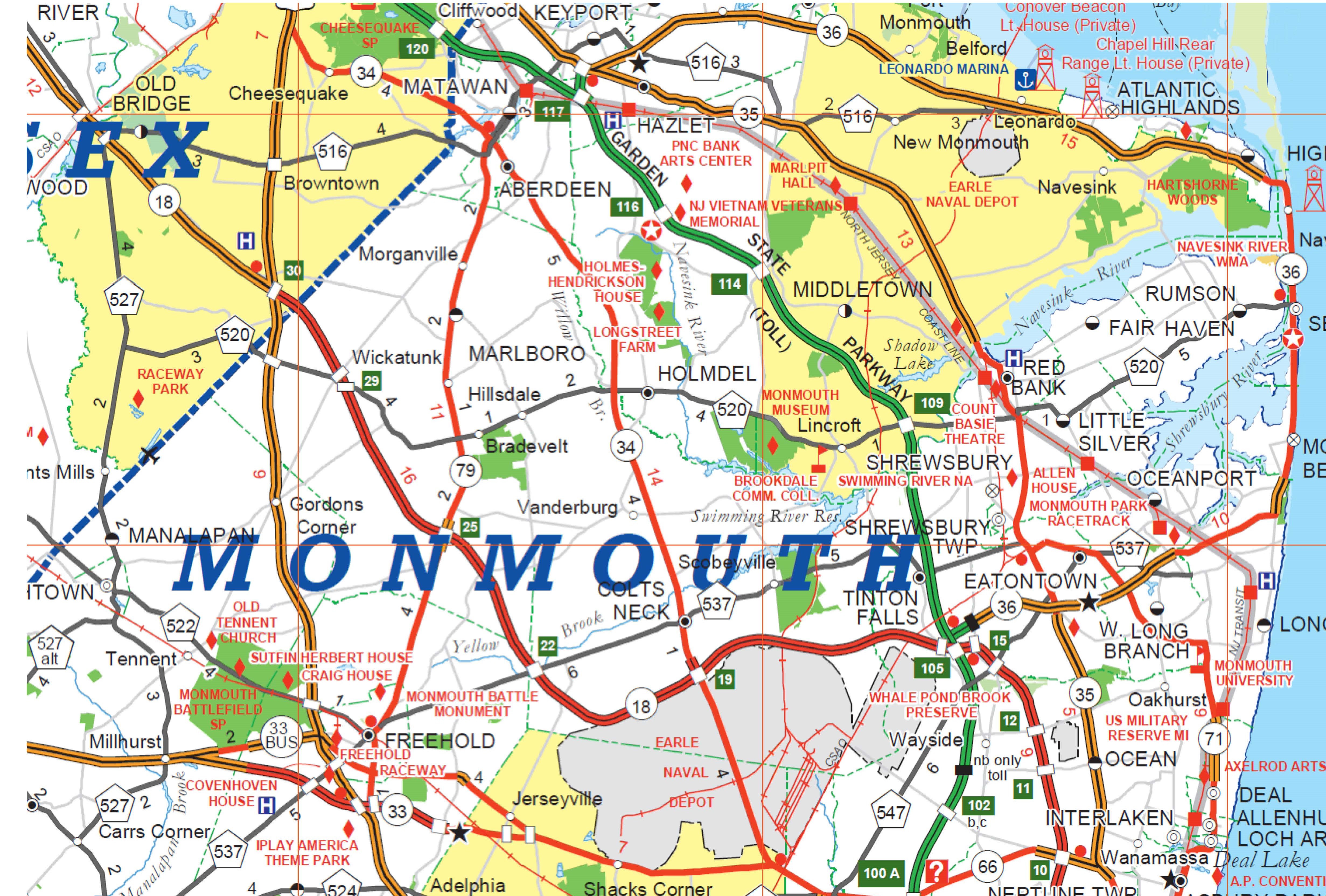 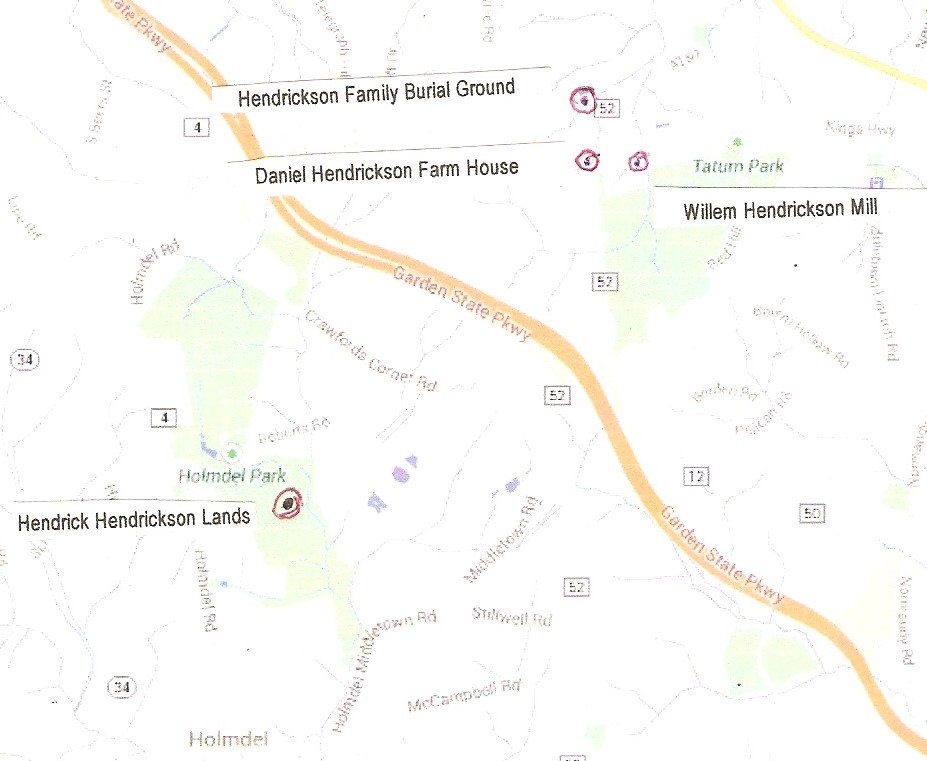 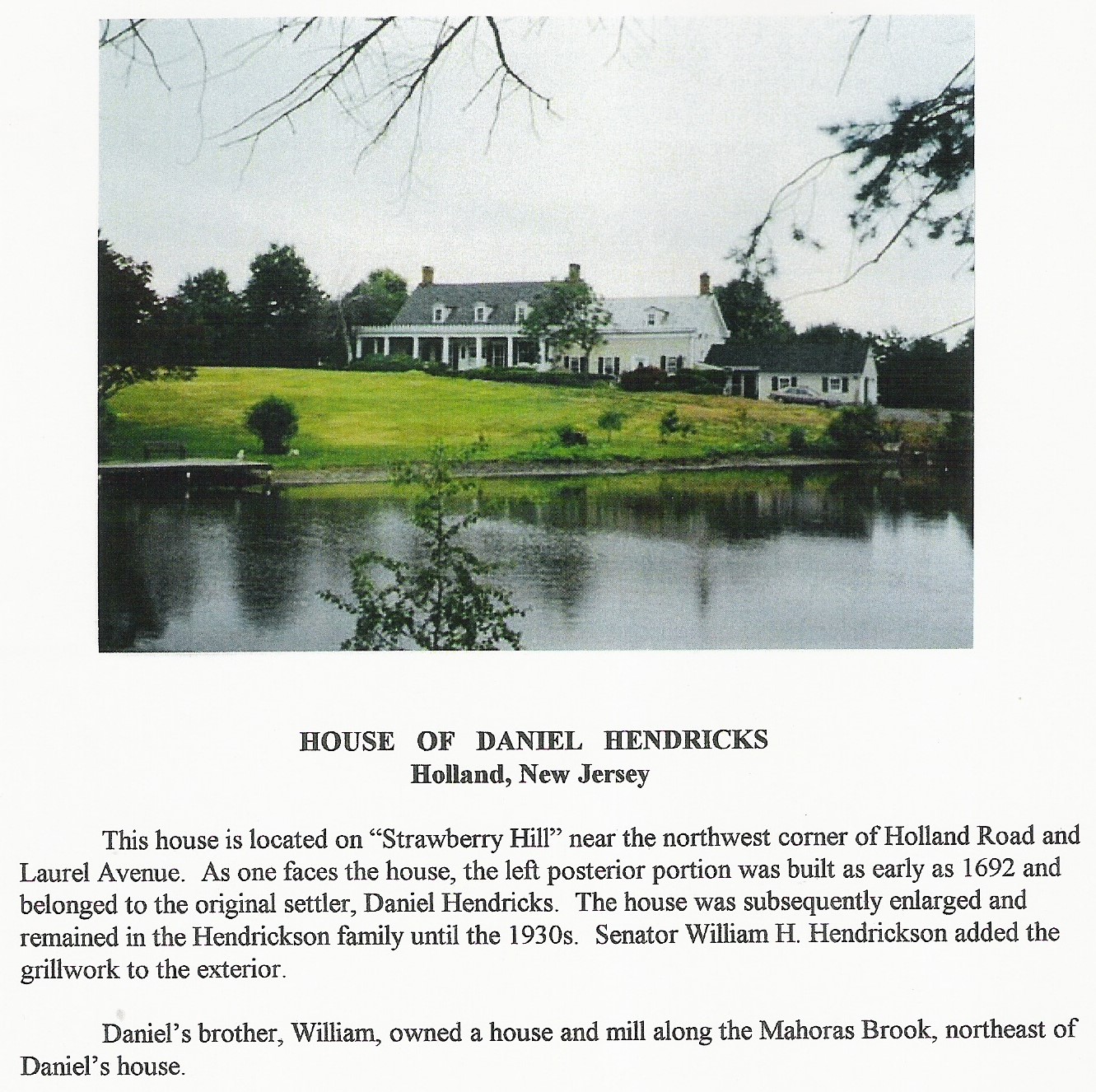 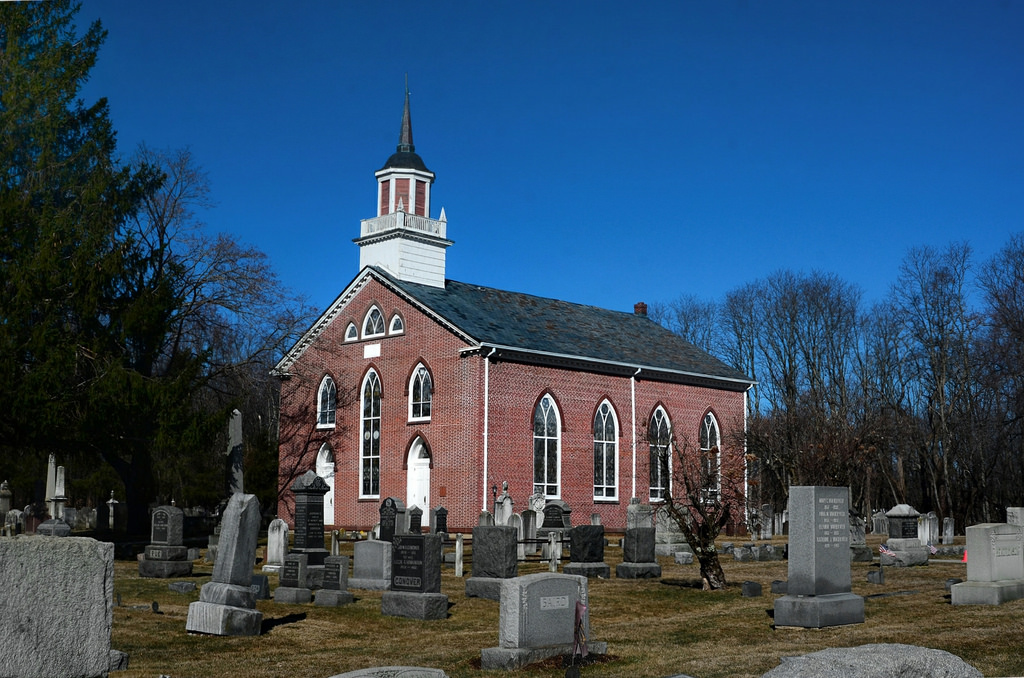